The UF College of Education uses a header/footer template designed to be applied to any page, and we use this across several applications such as WordPress, Moodle, Elgg, and Drupal. Changes can be propagated quickly to all sites, and adding the template to new PHP apps is trivial.

If you need to create an HTML component that can be reused across a wide set of sites/apps, these guidelines might help.

Avoid HTML5 elements if you can

HTML5 elements like header must be accompanied by JS to fix compatibility in old browsers. Sticking to HTML4 also helps with validation under HTML4/XHTML doctypes. Of course, if you’ll only be deploying to HTML5 sites that already have the IE shim, go ahead and use the best markup elements for the job.

Guard the host markup against the component CSS

Any component CSS selectors that match host markup elements can cause massive problems in the host application, and if this component is applied across an entire site, it’s very difficult to predict the impact. The key then is following a few simple rules for the component CSS:

Guard the component markup against the host CSS

Similarly, host CSS could break the desired styling of the component markup.

Expose as little to the global namespace as possible

E.g., define all necessary functions and variables inside an anonymous function that is executed:

Document your script’s dependencies and let the implementor supply those

Automatically including JS libraries may break the host app. Consider the case of jQuery: Many plugins extend the jQuery object, so redefining it removes those added functions (actually stores them away, but it will break the host app nonetheless). Don’t assume the user did this right. Wrap your functionality in a condition that first tests for the presence of the the library/specific features you need, and make it easy for the implementer to realize the problem if they have a console open.

Here’s an example of how to test for jQuery’s on function:

Assume the component could be embedded after the page loads, and multiple times

Valid HTML markup involves several different contexts and escaping rules, yet many APIs give no precise indication of which context their string return values are escaped for, or how strings should be escaped before being passed in (let’s not even get into character encoding). Most programming languages only have a single String type, so there’s a strong urge to document function with @param string and/or @return string and move on to other work, but this is rarely sufficient information.

Look at the documentation for WordPress’s get_the_title:

If the title is Stan "The Man" & Capt. <Awesome>, will & and < be escaped? Will the quotes be escaped? “string” leaves these important questions unanswered. This isn’t meant to slight WordPress’s documentation team (they at least frequently give you example code from which you can guess the escaping model); the problem is endemic to web software.

So for better web security—and developer sanity—I think we need a shared vocabulary of string subtypes which can supply this missing metadata at least via mention or annotation in the documentation (if not via actual types).

A basic set of four might help quite a bit. Each should have its own URL to explain its content model in detail, and how it should be handled:

Unescaped
Arbitrary characters not escaped for HTML in any way, possibly including nulls/control characters. If a string’s subtype is not explicit, for safety it should be assumed to contain this content.
Markup
Well-formed HTML markup matching the serialization of a DocumentFragment
TaglessMarkup
Markup containing no literal less-than sign (U+003C) characters (e.g. for output inside title/textarea elements)
AttrValue
TaglessMarkup containing no literal apostrophe (U+0027) or quotation mark (U+0022) characters, for output as a single/double-quoted attribute value

What would these really give us?

These subtypes cannot make promises about what they contain, but are rather for making explicit what they should contain. It’s still up to developers to correctly handle input, character encoding, filtering, and string operations to fulfill those contracts.

The work left to do is to define how these subtypes should be handled and in what contexts they can be output as-is, and what escaping needs to be applied in other contexts.

For the sake of simplicity, these subtypes shouldn’t attempt to address notions of input filtering or whether a string should be considered “clean”, “tainted”, “unsafe”, etc. A type/annotation convention like this should be used to assist—not replace—experienced developers practicing secure coding methods. 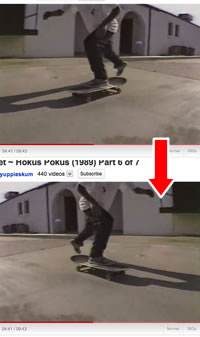 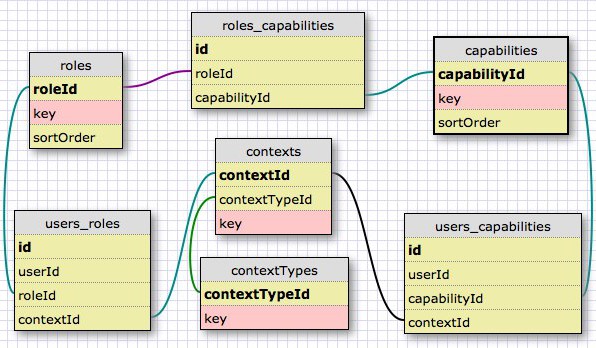 After our team launched the new College of Education site, I discovered that IE8’s handy “Browser Mode: IE7” mode of IE8 is useless for real IE7 testing (but IETester actually works!). Undoubtedly this “IE7 mode” has many quirks in its emulation we’ll never know about, but after a few hours of hair-pulling I finally pinned down a real IE6/7 bug that the emulator doesn’t have.

IE versions before 8 apparently vary in their calculation of CSS specificity depending on the order of elements in the selectors. What this means for poor suckers who worry about IE6/7 is that rules that appear later and (should) match specificity won’t always override values. E.g.

This bug will hit you when you’re pursuing a good goal: trying to keep selectors short. So in these situations make sure to test in IETester at the very least and leave a comment to let future CSS editors know why a selector is longer than needs to be.

Zend Navigation has a menu helper class that can output a basic nested UL menu. You can set id/class attributes on the A elements, and it adds an “active” classname to A elements in the active branch, but customizing the markup beyond that gets complicated. END_OF_DOCUMENT_TOKEN_TO_BE_REPLACED

It’s quite frequently that an HTML/CSS designer might want to make changes to a live web page. Maybe she doesn’t have write access, or maybe the fixes needed aren’t worth the start-up cost of copying the page locally and working on it there, or multiple designers want to work up ideas on a given page simultaneously. The “Inspect Element” capabilities of most modern browsers will let you make HTML/CSS changes to a live page, but navigating or refreshing causes those changes to be lost, and they’re hard to keep track of.

Firefox’s Stylish extension looks to come close to (3), allowing you to add user styles to a page/site, like Greasemonkey does for Javascript. It doesn’t look like the editing experience is great, though.

You can manually do (3) and use the CSS Reload Every bookmarklet, but it reloads all CSS, which is kinda of jarring.

A bookmarklet could implement (3) and (4) and persist its settings in a cookie.

Update: Here’s a bookmarklet that let’s you swap CSS files and stores its settings in a cookie for the current page. Next step is for it to allow adding files and controlling the cookie path.

At least a decade into the use of simple email munging on web pages (my own solution here) there’s a growing consensus—and it seems like common sense with the advancement of the web in general—that this surely can’t still work on modern harvesters. While trying to look up some old research I’d read about this, I came across this January 2010 post by a Project Honey Pot admin:

We’ve run tests on different munging techniques and find that they are still surprisingly effective. We have a page that has a set of differently munged addresses. The ones protected by Javascript have yet to receive a single message. Even simple things like using ASCII character encoding to hide the @ sign, or adding spaces to the addresses, is surprisingly effective at stopping harvesting.

Whether to munge or not is kind of a religious war, but I see this as pretty convincing evidence that munging isn’t obsolete just yet. Of course this or any other single prevention strategy isn’t a “solution”, but mitigation of the inevitable is still arguably worthwhile, especially for people without the luxury of having top notch admins run their mail server.

It’s better to include scripts like jQuery at the end of the BODY, but this makes its methods inaccessible earlier in the page (e.g. inside a WordPress post). What you can do is use a script like the one below to queue DOMReady functions before jQuery loads.

Now in the BODY you can use $(function(){ ... }); to queue up a function as if jQuery were already loaded. And, thanks to the fact that Javascript identifiers are referenced at run-time, you can call any other jQuery functions inside your queued function.

With some modifications you can use this pattern for any library with a similar DOMReady implementation.

I’ve seen a lot of these that are bloated/less effective/inaccessible, so I might as well put this out there. It’s simple enough to modify if you’re comfortable with Javascript.